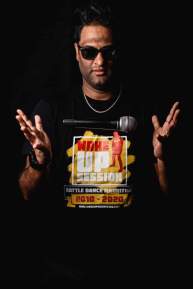 Video games sound designer, Rapper and Entertainer, Kenjee kennedy started into music production after completing college in 2004. In 2010 he founded Wake Up Entertainment to help Wake Up Culture in Mauritius.

Due to the lack of musical platforms to perform, Kenjee and several other artists from Residence Kennedy created a platform to help promote local artists in 2007 called Kolt’art Live. Later in 2010, Kenjee created the Wake Up Sessions, where several battle dance contest took place around the island.

Kolt’art Live is the first set of events that Kenjee together with several artists from Cité Kennedy organized in September 2007 in the Youth Cultural Centers in Residence Kennedy.
Two more sessions of Kolt’art live followed as block parties on the Basketball field of Residence Kennedy reuniting all Hip Hop activists at that time until December 2007.
Here is a Video of ‘Kolt’art Live 2007‘ filmed and edited by Patrick from DJP Studio.

In 2008 Kenjee launched the Kolt’art Live in a Club at Rose Hill, Indside Club, and held the platform for several months every sundays and ended the platform in September 2008 by organizing a Live Reggae Night concert reuniting several artists like Natir Chamarel, Maroon Brothers, Yenla Killa, Israelites to name a few.

Ras Minik and Cool is I

Maxime – Cool is I

A song featured from that Mixtape – 412

Later that year he teamed up with two other young rappers Marki Evolution and CenZo from Residence Kennedy and participated on a musical contest organized by Centre Culturel Francais Charles Baudelaire ( now Institut Francais de Maurice) and won the first price, give a public showcase at Reunion Island..

The next year, 2009, Kenjee was invited to Reunion Island to perform on an international Hip Hop festival, the Urban Konection Hip Hop Festival (UKF) where 18 countries were competing in a break dance competition.

UKF introduced Kenjee to the real Hip Hop culture and soon after he came to Mauritius he started to build a project so as to bring the same culture to Mauritius.
In early 2010.
Later that year he organized in collaboration with IFM and Eric mezino, the Mauritian break dance battle qualifications of UKF 2010.
A 2vs2 bboy contest was held and Bboy Zekid & Bboy Kenny ( Alliance Supreme) were the champions selected to participate on UKF 2010 battle at Reunion Island.
UKF 2010 Finals Korea (Rivers Crew) Vs France ( La Smala)

With the UKF influence, Kenjee created the Wake Up Street Session, a series of battle dance contests. The first show was set on the 27th of November 2010 and was held at Orchard Center Quatre Bornes. A series of monthly ‘Wake Up Session’ event were held since until August 2011 where the biggest street event occurred Orange Street Dance( OSD 2011 ). Several battle dance contests were held at Caudan Waterfront.
Video of Wake Up Session held at Caudan January 2011

In 2011, Kenjee organized the animation of the Orange Street Dance six contests around Mauritius and Rodrigues. An event produced by Orange telecom.

Later that year Wake Up Street session officially collaborated with Soul City, a Reunion island Organization so as to allow Mauritian Dancers to participate on Indian Ocean Championships held each year there.

Since then, Mauritian Dancers have the opportunity to duly represent their Island on an Indian ocean finals held at Reunion island competing several islands of the indian Ocean.
Battle de Louest 2012- Mauritius Vs Mayotte- held at Reunion Island

A video of Kenjee Kennedy performing with Big Piph, American Rapper at Institut Français de Maurice during the Daniel Pearl’s World Music Days in 2012. WU Team did an impressive show of about 45 minutes on that day.

In 2013 he produced a short documentary film called ‘ Danse 2 Ri ‘. The movie presents to the audience the different dance styles in Hip Hop and its popularity worldwide.

Wake Up session are still being held up till now and more will be coming soon.

Kenjee was invited to host all the shows of Malta Guinness Street Dance in 2016 and 2017 were dancers were selected to go to France to assist the Hip Hop International Contest at Paris. 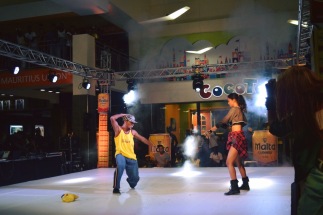 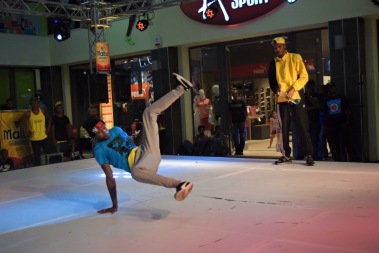